Quiet: The Power of Introverts in a World That Can’t Stop Talking by Susan Cain
My rating: 4 of 5 stars

Every second person you know is an introvert in some way, shape or form. The reason you might not have noticed is that there’s a certain social stigma and many misconceptions attached to introversion which are forcing many introverts to feign extraversion, maybe even getting half-good at it in the process.

At the end of the day, introverts need to believe in ourselves and own our special powers, not feel ashamed for being different – not isolate ourselves either, but recognise that the way we operate is fundamentally, in part biologically, different, and that social pressures and expectations might not always be coming from a right place. Introverts rarely agree with the dominant value system anyway, so we shouldn’t be stressing too much over it.

I get all that, and I agree. Susan Cain made a brilliant point with this book which, apart from a feel-good guide for struggling introverts everywhere, could act as a great introduction to one of the cornerstone dichotomies of personality typology. If you’re interested in the topic, I would recommend having a look at this summary of the book’s concepts — check out “Pitfalls of the Extrovert Ideal” in particular.

My main qualm with the book, although not directly linked to its content and argument, is that I feel it encourages a kind of tribalism and entitlement within the ranks of introverts, especially the kind which is visible on the web. I see many people identifying quite strongly with being introverts: acting proud of how nobody gets them, showing in little -or big- ways how special they and their own little world are, not making any efforts to communicate whatsoever, etc. 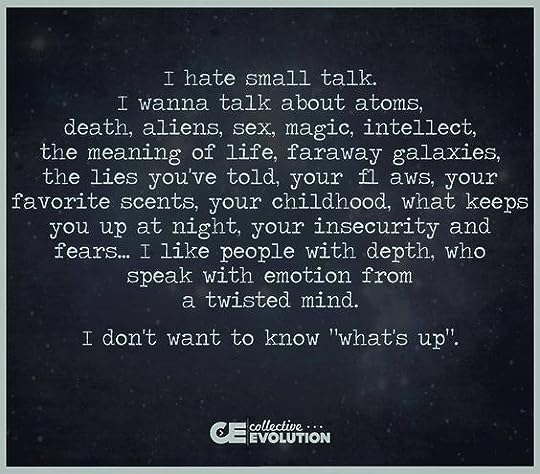 Don’t get me wrong, I myself am guilty of indulging in introvert exceptionalism from time to time. The difference is that many introverts out there identify so strongly with their introversion and make it such a big part of their persona they will outright reject invitations to social gatherings, shun new experiences that could help them grow in some way and feel justified in being avoidant. Some may even end up with what would be superiority complexes, if the notion of extrovert superiority wasn’t ingrained in us so deeply it will never truly be overwritten by a genuine “introvert supremacy” ideal- probably the point of the book in the first place, to be honest.

Susan Cain says that “introverts today are where women were in the 1950s and early 1960s—a population discounted for something that went to the core of who they were” and thinks society is getting more and more ready for a change of perception about them, just as it did with women. Looked at this way, I suppose the outspoken introverts (no pun intended) are the natural consequence of a “a population on the verge of coming into its own” – as have been the feminists identifying with being a woman more strongly than any other part of themselves. From that perspective, it’s something healthy and empowering.

What I’m concerned about is how social exclusion and isolation is becoming the new normal – just look at Japan and how its young people rejecting society and the real world around them are making a dent in the country’s demographics. I wouldn’t be surprised if in a couple of decades from now it will be the extraverts who will be forced to pseudo-introversion if they want to have any hopes of making it… “socially”.

Is the whole world going to become so self-absorbed and proud of it, we’ll forget how introversion is actually only a part of a dichotomy? Only time will tell.