800 MS points? I had this game set in my scopes for months now thinking it would cost 1200 points, fully planning to get it on Day 1 anyway. Now I am going to give my money to Mircrosoft even more readily, if that is even possible. I am very, very hyped up about this. It is too bad that I will probably have no-one to play it with online cause all of my friends hate Rare like that… unless…
Kira, I’m counting on you…

So here I am, sitting in my room at my place in Nea Smyrni, stealing someone’s WiFi (together with 6 other people… Logging in to routers with default WEP settings and changing the keys is soo tempting… but I am not that evil), blogging when I should be working on my projects. I’ve been here for a few days already and I’m not feeling like it is Christmas at all. I look at all the constructed, fake festivities around me and I am feeling nothing but disgust for this joke of a festival centered around “love”. Just sneaking a peak at all the advertisements targeted at children, the true targets of this consumeristic parody, is borderline depressing. It’s no wonder we all have a sort of nostalgic aftertaste of Christmas which really stems from our childhood, when it all seemed so magical, so true, so happy… Is it the presents, the holidays, the sweets, the music? Maybe it is the sheer fakeness of it all, the same thing that draws children to Disneyland, that manages to enchant them so. What can indeed be said about the “holiday season”, a cultural curiosity which is one of the best examples of globalization today? I feel that if I let myself loose I’m going to fill pages upon pages of ranting about something that everybody knows is true yet decides to turn a blind eye to, preferring to drown their sorrows in ethical and guiltless super-consuming.

The fact, then, that I’m not feeling as if it’s Christmas is probably a good sign.

Maybe it is because so much has happened in my life in so little time. Maybe it’s because I have been consciously looking away from the very strong build-up that typically leads to an all-encompassing “Christmas spirit”. Maybe it is because I’ve grown mature enough to be able to appreciate being close to my loved ones and having some free time without associating the holidays with consumption, fake feelings of love for the world and this hideous “spirit”. It may be all, it may be none, it may be just one of these things, but whatever the reason, I am happy that I can see past the worryingly ultra-happy social appearances…

OK, Christmas flaming over. :] I started writing this post wanting to share what I’ve been doing the past few days and how I’m going to spend my holidays. Interesting much? It’s the fatal compulsion of blogging…

One of the slighter reasons I’m not feeling too Christmas-y and/or relaxed is that I have a serious amount of work to get done for university. Four projects. It was going to be five originally but I decided to drop the project for Virtual Worlds and Digital Animation — my well of inspiration was looking a bit too dry for me to realise my relatively ambitious plans.

1. PHP. My project for WWW Technologies is to build a complete computer hardware online shop. That is much harder to do than it sounds, at least for someone who has little to no knowledge of dynamic website developing. This project is supposedly for two people but Garret doesn’t look like he might be a lot of help; he still needs to get his HTML sorted out. Anyway, it’s online tutorial and lab note time!

2. Cultural Representation. I chose to represent my top 5 favourite cities in the world for this one. I will have to make the workflow chart for an interactive application. I won’t fully develop it, but just designing a workable and attractive User Interface, as well as making it have the distinct Cubi style will take some full hours.

I promise impressive things… It’s not that I’m too bored to write about them or anything like that, no! It’s because I want to surprise everyone!

It’s been a a few weeks now that I deactivated my Facebook account. After a point, it felt downright hypocritic posting bad stuff about it but having a perfectly healthy account. Nevermind the less than impressive number of pictures I had on it.

Tell you what, I haven’t missed it a bit. A lot of people seem to find it strange that I’ve done so and have tried to persuade me to re-activate it. They say: “We miss you!”, just like Facebook said they would (and I thought it was being ridiculous…) To them, all I have to say is this. Sorry, but I will indulge in pathetic spying and “maintaining expired relationships” no longer!

Some other people, mostly from the Theatre and Photography groups, have told me that I should re-activate my FB so that I can upload photographs for all to see. I have a different reply for them: Flickr! Maybe you’ve noticed, maybe you haven’t, but I’m uploading more and more of my photographs there. It’s a very good image site, well-made, professional, respectful to the applying web laws as far as content protection goes. That is where you can head for my full lowdown of pictures! Look at that: it’s even got integrated support for WordPress (the sidebar pics are from my Flickr photostream, also have a look at my previous post). What else can one possibly ask for?!

To sum up:
Facebook sucks,
Flickr rules,
if you want to see my pics,
you surely oughta choose!

Windows 7 for free! Legally! How?

Casually browsing the web, a few days ago I stumbled upon MSDN Academic Alliance through my.aegean. What’s this, you say? It is a Microsoft service that allows students to download some of their software for free, all in the name of academia. Amazing eh? I was excited to discover that the University of the Aegean is eligible for this service. Why hasn’t anybody, ever, told us anything about it?

I really did download Windows 7 Professional, as well as a valid license key, for free, just by putting in my CT user name and pass. I burnt it on a DVD and now it’s waiting for me to tidy up my laptop HDDs before I format. This might take a while actually… heh.

Check it our for yourself!

Three Sequels and a Classic.

My gaming activity in the past few weeks has centered around four games: Modern Warfare 2, Banjo-Tooie, Half-Life 2 and StarCraft. Let me tell you a few things about these games.

Modern Warfare 2 is a great game in multiplayer, haven’t touched SP yet, as “controversial” as it may be. Enough said, I believe. 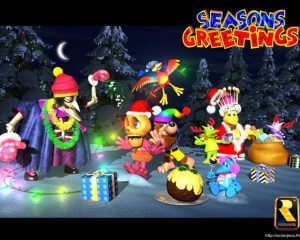 Banjo-Tooie. Oh, Banjo-Tooie. I am very aware that about 2 years ago I placed it #20 in my 20 Favourite N64 games. I did not remember it very well back then, having only played it once before, when I was only 11. Not long ago I downloaded it from XBLA and decided to give it another spin, especially when I had so much fun downloading, replaying and 100%ing Banjo-Kazooie this time last year from the same service.

Tooie must be one of  the deepest, most innovative platformers in the history of the genre, not to mention one of the most expanding sequels ever. The level architecture is brilliant, how each world connects with a few others is something that hasn’t been used in other games since, even though it was such a good idea. The game is truly massive — getting 100% might take me 20+ hours when Banjo-Kazooie took me around 6. It’s definitely because I remember Kazooie almost perfectly even from my early years while now with Tooie it’s like playing it for the first time… Yes, the game is massive. TOO massive and time-consuming at times, when the original was a lot tighter and pure. I just have to comment on some of the humour displayed in Tooie; there are a lot more sexual references than in the original, and that can only be a good thing.

It doesn’t feel like I’m replaying it so it all feels fresh. If remade it could easily stand next to contemporary platformers and surpass them in many ways. Still, even if I have redeemed it a bit, the original still stands proud of its proximity to platforming perfection even when it obviously offers less, is shorter, much easier and has a fraction of the content of its sequel. I guess that is what separates a very good game from a classic. And talking about classics…

StarCraft. Yes, Blizzard’s other franchise that is about to see its full revival in a few months (and then we’re going to talk about sequels, period. Any new IPs please? :P) Even though I’m a strategy game fan, I’ve never shown great interest for Blizzard games. I’ve tried to like the WarCraft universe but I find it bores me. I still cannot exactly say why I like StarCraft and even worse, explain the on-and-off relationship I’ve had with it for years. Now, this Christmas, I’ve decided  to follow its story and see why it’s a game celebrated like few. So far I’m loving it! Haven’t had this much fun with a Single Player RTS campaign in years. 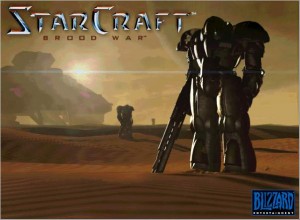 Want another game I’ve had an on-and-off relationship with for even longer? That’s none other than Half-Life 2 for you. I downloaded and tried it when it was released more than 5 years ago and was blown away by its atmosphere. For some weird reason I lost interest somewhere along the way. I tried to pick it up three times since, once after I bought the Orange Box, another time sometime last Autumn and another shortly thereafter… again and again, I kept losing interest a bit further along the road. My last save was two hours or so before the end of the game, in the City 17 streetfights. I had reached this point last time I’d felt like playing, that is last February. The morning before I left Mytilini and after a good dose of  caffeine, I finally took the bold step, closing a 5-year circle: I finished Half-Life 2. 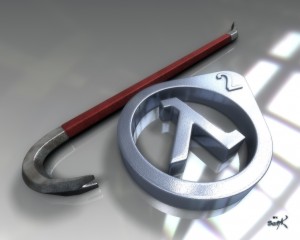 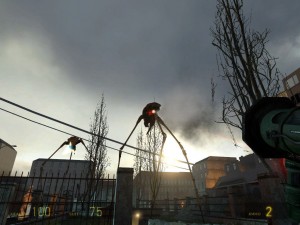 I had been thinking that the game would have a tedious ending. How wrong I was. Getting rid of the Striders, climbing up the Citadel and then… *spoilers* was just so EPIC! Not only wasn’t it tedious, it was awe-inspiring. The rest of the game was like this, what in the name of Valve made me think the end would disappoint? Silly Cubi… Now, if only I could get Episode I to run on this laptop. Oh, don’t we wish…

That’s it for now! I have more things to share but they’re still being digested. Hey, there’s still lots of happenings left for the rest of the holidays anyway, they’ve only just begun! Soon it’s going to be the turn of the decade as well. Now that’s going to be awesome…

9035, to be exact… all thanks to new recent acquisitions of Guitar Hero 5, Rock Band 2, Shadow Complex and Battlefield 1943!

Check my PlayFire profile for more details about my gaming activity!

And for the uninitiated…