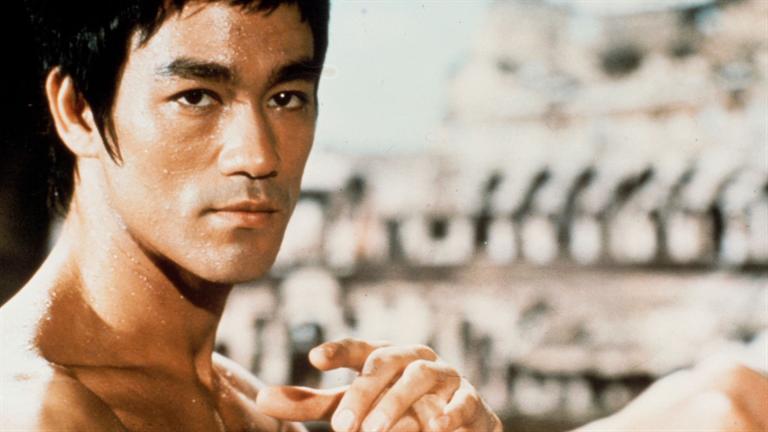 This post’s title is inspired by a skit from Azumanga Daioh which has for some reason stayed with me, even if it’s been more than 10 years since I watched the series in 12th grade – proceeding to draw Sakaki-san on the Eastpak school backpack I used to carry around back then.

I don’t remember who says what, but the characters make fun of the fact that “Bruce Lee” sounds exactly like “Blue Three” in Engrish: both are in fact pronounced buru suri. Just give me a second to google that and have something to back up my words with.

So, how come? Last week some indomitable urge to rent a movie took over me. Yes, rent one. Legally. Amazing, right? I couldn’t remember how many years it had been since I had last actually gone to the video club, browsed the available titles, having to weigh in rent duration as a factor – to decide if I should rent a newer movie for a single day or a slightly less recent one for three.

In an age of instant gratification and unlimited libraries (Steam, Netflix etc) small limitations such as these can be truly relieving. It’s the same kind of ease of mind you get when you only have one book to read and all the time and energy you would otherwise put into deciding which book to read is converted into actual time for reading!

But, as usual, I’m being overly romantic about anything that does not exist in purely digital form or exclusively on the internet, or which had already existed before I was born: only while typing out the lines above did the numerous instances of the same archetypical memory of arguing about which movie to rent with the same, but different, friends, in the same, but different, video club, come rushing back. So, you might disregard all the nonsense I wrote above, if you wish.

Anyway, what inspired me to go out and watch films legally was that I suddenly realised that I have a Bluray player (my PS4) sitting under my television, but I’d never actually watched a fim in Bluray, something I realise is not entirely unsimilar from declaring in 2011 I’d never watched a DVD. “Why not get with the times”, I thought.

I didn’t go to my neighbourhood movie club, Video Blue, which I must say would have been rather apt, but chose Seven instead. Looking around for a bit, I saw that they had an offer for three movies for three days for only 5€. Their advertising offer worked on me and rent three movies I did.

Without further ado now then, here are my brief opinions on what I watched. If you are to keep something from this post, may it be that media consumption can be more beneficial and memorable if done mindfully and with some kind of artificial limit placed on it. 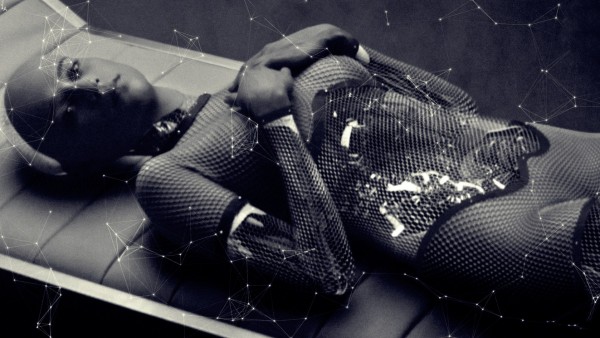 I’ve been meaning to watch this since Autómata, which dealt with similar themes: true AI has come about; what do?

I’d like to divulge as little as possible about this one. The pacing, the dialogues, the setting, the characters, the music, the feelings, the effects, the acting, the twists… all top-notch, no beats missed whatsoever. I really can’t think of a single thing I didn’t enjoy about it. If you like soft science fiction and a slower film that will give you a lot to think about but even more to feel about, give it a shot.

While you’re at it, watch Arrival, another sci-fi film I watched recently, that one at the cinema, which single-handedly made it very close to the top of my list of all-time favourite science fiction films. 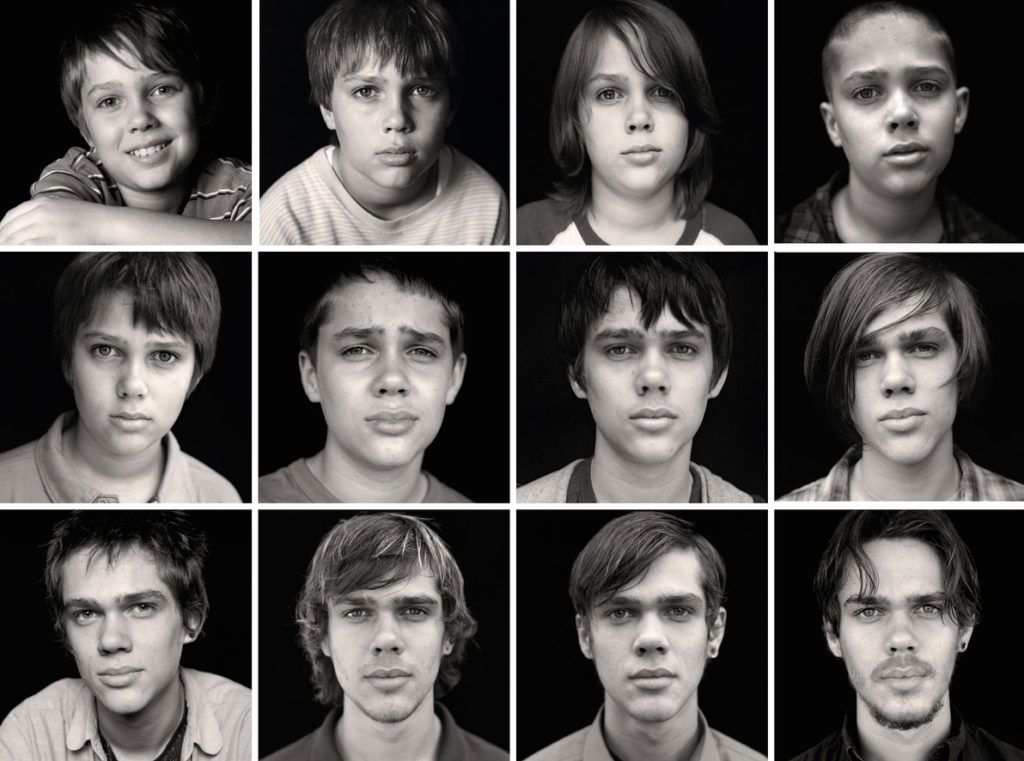 Richard Linklater, maker of Waking Life and the Before Sunrise, Sunset and Midnight, started filming Boyhood in 2002, when the movie’s main character Mason was only 5 years old. He kept filming as the boy grew older, and what we got by the end is a movie about the mundane little moments of growing up.

It’s true that Boyhood could have been a lot more than the uneventful story it turned out to be, namely about a kid more or less like any other American kid, but watching it I didn’t get bored at all. Apart from the fact that it worked as a real-time recap of events that marked the ’00s and my own earlier years, it was fun watching characters develop and age, and I could more than relate with the whole broken family and mother-in-search-of-replacement-father thing, even though I must say I did feel pangs of jealousy at the appearance of so many (step-)siblings.

It was a long movie at ~150 minutes, but in typical Linklater style, the most banal conversations were somehow the most engaging and I didn’t feel it draw out at all. 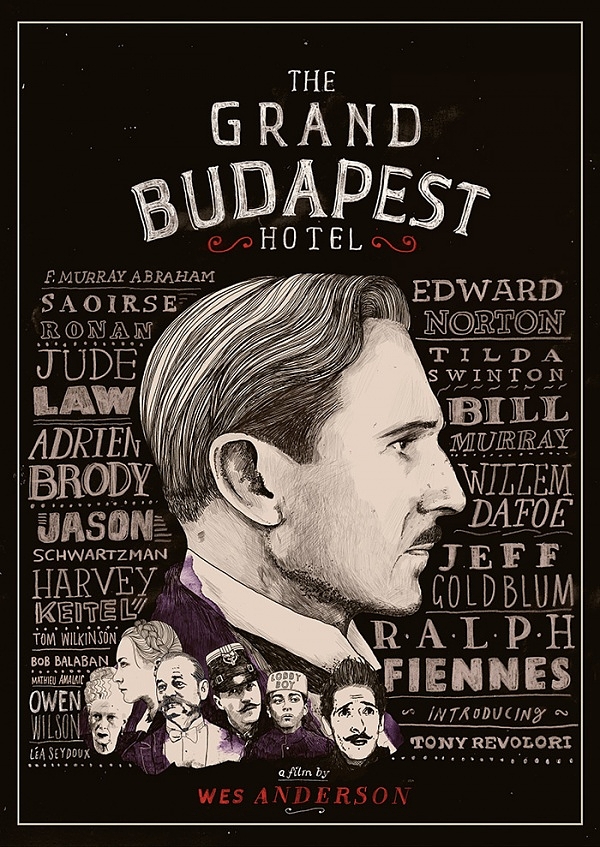 This one’s probably the best known out of my buru suri films. Grand Budapest Hotel is an experience, like all Wes Anderson films. Intense colours, over-the-top aesthetics, completely wild situations, humouristic, heart-warming, clever little touches that challenge and reward the viewer… it’s by no means a bad film. On the contrary.

However, there’s something in Wes Anderson’s work I can’t quite put my finger on that I find obnoxious. I would like to look into what it is exactly that puts me off films like this, give it a name, cause I think it’s fascinating how a film I should theoretically quite enjoy didn’t work for me – how whether you’ll like a movie or not depends on such little factors that work together to create a satisfactory feeling… or not.