Children of Dune by Frank Herbert
My rating: 2 of 5 stars

That was difficult to finish. Just like with
Dune Messiah, I found that most of it wasn’t about Arrakis itself. It tried to have a more complex plot centred around politics, but it ended up disintegrating and getting more convoluted all at the same time. All the new characters were boring and roughly everybody from Dune #1, including those we thought were dead, somehow appeared out of thin, dry air in order to fill in the gaps.

When I started reading Children of Dune and as I do mention in my review for Dune Messiah, an acquaintance of mine remarked that he’d given up on Dune somewhere around the beginning of Dune #4; “waaay too much religion, precognition and mysticism for my tastes.” I never thought there could be such a thing as too much religion after I was done reading Dune #1, but seriously, I have the unshakable impression that this one went one spice-induced trip too far, even more so than Dune #2. So many visions, parallel paths and characters becoming less and less relatable and in some ways interchangeable, and not enough about Dune ecology and cultures that made Dune #1 so fascinating and even relevant today. Agreed, a lot of that was insinuated, but let me tell you, I’d pick discovering more about the changes in Fremen culture and the dying worms over more helpings of bland, supernatural politics any day.

I have to admit that the last few tens of pages were a bit better, and Children went out with an awesome bang, so now I am a bit curious to pick up God Emperor of Dune and find out whether the series ever went back to the more earthy, natural direction the first one had instead of going further down the supernatural path, but I’m almost certain visions, precognition, supreme retro-cognition, concepts much too abstract even for me, continued playing an important part in the series, by the looks of it an increasingly important part.

Slowly but surely I’m coming to the conclusion that it’s not only more coherent, but also more entertaining reading plot synopses of the Dune sequels than actually reading the books themselves.

I’d heard that the second part of the Dune saga is a bit of a disappointment after the grandiose first part, and as I do hate to admit it, I struggled to finish it. I couldn’t exactly follow what was happening, the characters’ motivations, their positions and the parts they were playing in Muad’Dib’s empire. Most of all, I couldn’t visualize how he was visualizing what was happening to him and the intrigue that was taking place around him… or if I did, which I might have, I thought it was confusing and not very interesting. The whole ghola/Idaho subplot (subplot? wasn’t that the book’s main storyline?) left me terribly indifferent.

I’m happy to have put Dune Messiah behind me. I can start seeing why a sci-fi fiend acquaintance of mine told me that he dropped the series because of “way too much religion and mysticism.” Messiah indeed went overboard in this regard compared to its predecessor, but I’m still curious what might happen in the next books and whether the mysticism and religion at least in the rest of the story might prove to be a bit less hazy and interesting. Mind, in the first book, it was a big part of what made it feel so alive.

A couple of weeks ago I wrote a little something about doing a short media fast. Here is my experience and my short conclusion: 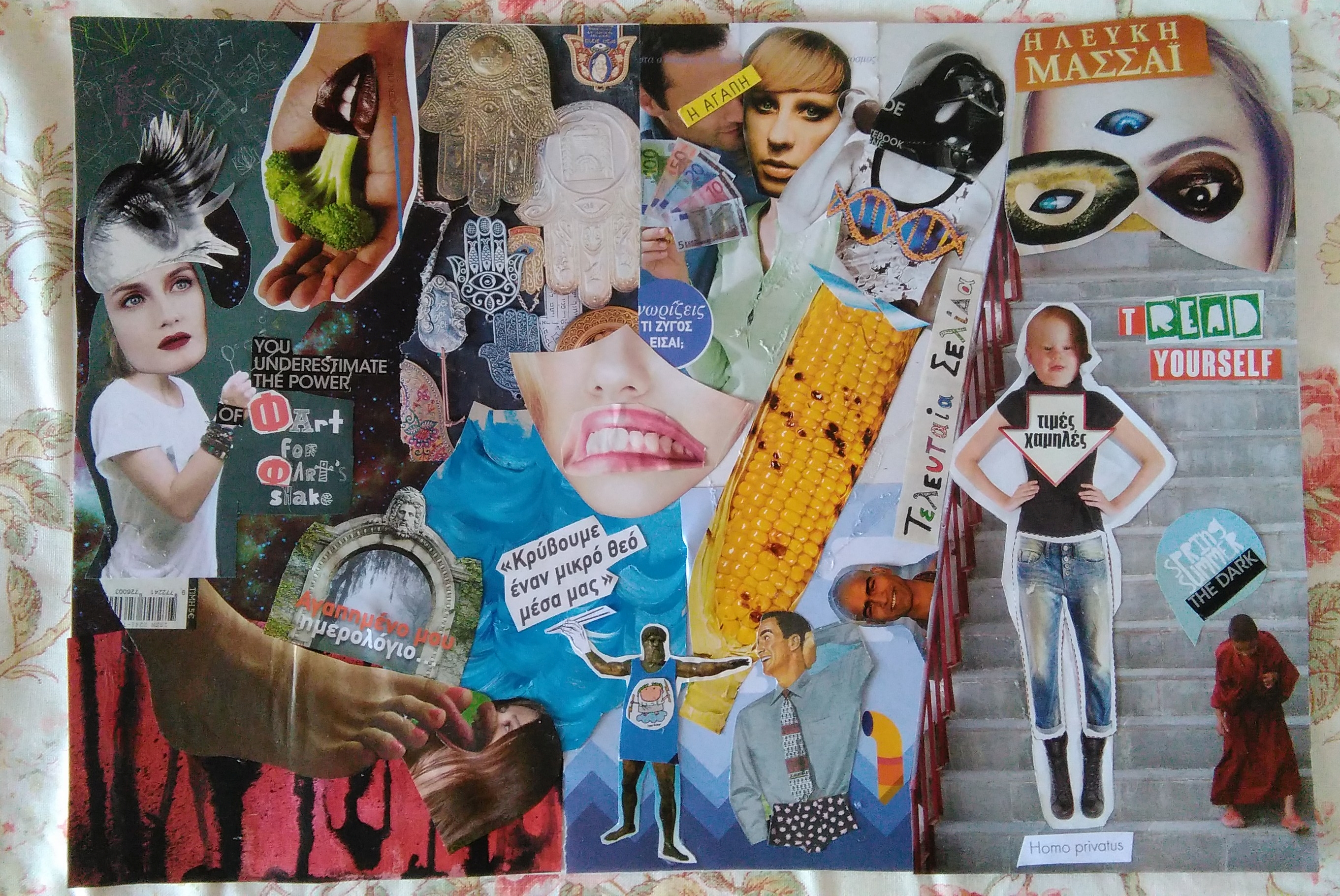 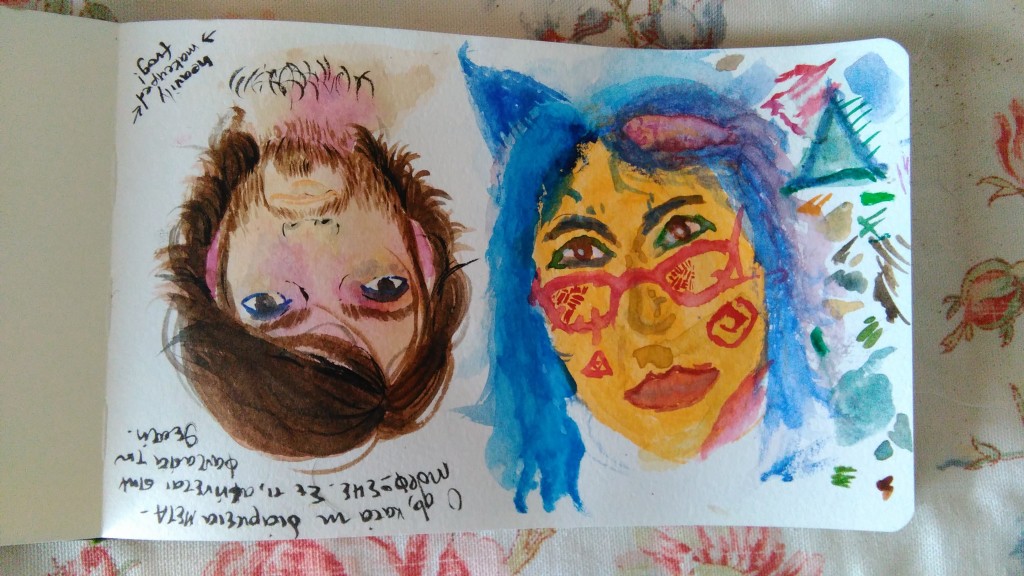 But motivation is still a limited resource that can be separated into qualitative levels: you can have good motivation, bad (negative?) motivation, pure motivation and unstoppable motivation. All the lack of distraction does is bring forward the standard kind of motivation that under ordinary circumstances simply isn’t strong enough to become a greater priority than habit and addiction (media/internet). I suppose the kind of motivation we’re after is the one that needs no media fasts to rear its elusive head; it just trumps anything and everything!

But then again, you have people like Frank Herbert who just wrote— motivation, inspiration, or no… How about it, qb?

“Unique among SF novels… I know nothing comparable to it except The Lord of the Rings.” ~Arthur C. Clarke

I’ll begin with what I saw when I first checked what my Goodreads friends had to say about their experience with Dune:

Thank the gods it was Kivayan, my friend Kuba from Poland, who first made it clear to me how important it was that I read Dune, and not just the first book, no, the whole original series, because only then would I be able to witness the genius of Frank Herbert’s grand image (that there was my attempt to express “big picture” in a more fittingly epic way). Thank the gods it was him and not someone else’s opinion which would have left this book under my personal radar, where it had been for many years.

Scratch that. It hadn’t been under my radar. I’d been aware of it since I was little, mainly from video games or perhaps Karina—I just didn’t know exactly what it was about. All this desert, the sandworms… It looked boring. Like something too slow, deep or intricate for me to enjoy. And let me tell you, I wasn’t wrong: if I had dipped my toes in the spicy sand before I’d reached a certain point in my life, I’m confident I wouldn’t have enjoyed it at all. If I had to say, I’d place the point in question around the time I started watching Game of Thrones, playing alt-history games and reading books like The World Without Us or The Dark Tower.

I had started being able to enjoy books like Dune, only I couldn’t make the connection in my head and notice the switch. There was nobody to suddenly come up to me and tell me that the famous, apparently super-influential old SF book I’ve always thought I wouldn’t enjoy, actually involves loads of topics I’d find very appealing: religion, feudal politics, anthropology, psychology, history, ecology and many others, creating a narrative about how narratives, and historical narratives in particular, work, which I expect to discover further in the next books. Well, there was someone: it was Kuba. But if it hadn’t been for him and a few other people like Amberclock who told me about Jodorowsky’s Dune or JMG who often mentions Dune in his Archdruid Report posts, I’d still have the impression that the book is a boring classic, that it’s to SF what perhaps Proust is to modern literature: supremely influential and important, but not enjoyable.

Of course, I was wrong. I may be wrong about Proust, too. But that’s the point: we’re talking about preconceptions here.

What surprises me is that, for it’s alleged importance, very few people I talked to about Dune while reading it even knew of it. For a book that supposedly played an important role in the popularisation of ecology as a word as well as a term and for one which is among the all-time bestsellers of the genre, it is forgotten today by most. I’ll go down a path I don’t think it’s fair to go down on, but how many people know of Tatooine and how many of Arrakis, Dune, the Desert Planet that surely inspired it?

Nevertheless, I found its ambience as a contemporary read very comfortable, even if 50 years have passed since it was written. Water as a super-valuable commodity (with all related cultural conventions) feels right and is played perfectly. Arrakis is majestic. Reading about the Fremen was very interesting and convincing, and I thoroughly enjoyed discovering the book’s unknown world by looking up the juicy neologisms in the appendix (every book like this should have one!)

Not all’s perfect with Dune, don’t get me wrong. Its characters can feel one-sided or shallow, even Paul, who at times comes off superhumany… but then, hey, he’s supposed to be the one, isn’t he? The various political actors and the role of spice in all of this aren’t very clear, but you know, it’s one of these books you’ll read again and next time it’ll make more sense.

But the weak points don’t matter. Dune is a classic, period, and I’m happy for once to have truly enjoyed a classic because it’s a classic, not despite the fact. What can I say? Herbert’s foreword to the book reads:

“to the people whose labors go beyond ideas into the realm of “real materials” — to the dry-land ecologists, wherever they may be, in whatever time they work, this effort at prediction is dedicated in humility and admiration.”