5. You who have come here from some distant world, to this dry lakeshore and this cairn, and to this cylinder of brass, in which on the last day of all our recorded days I place our final words:

Pray for us, who once, too, thought we could fly. 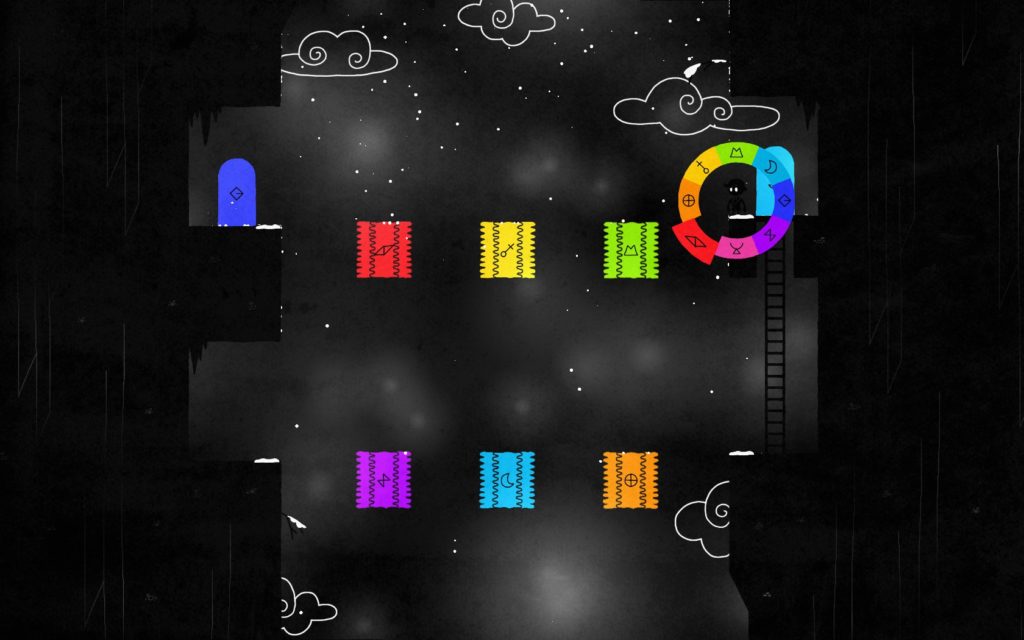 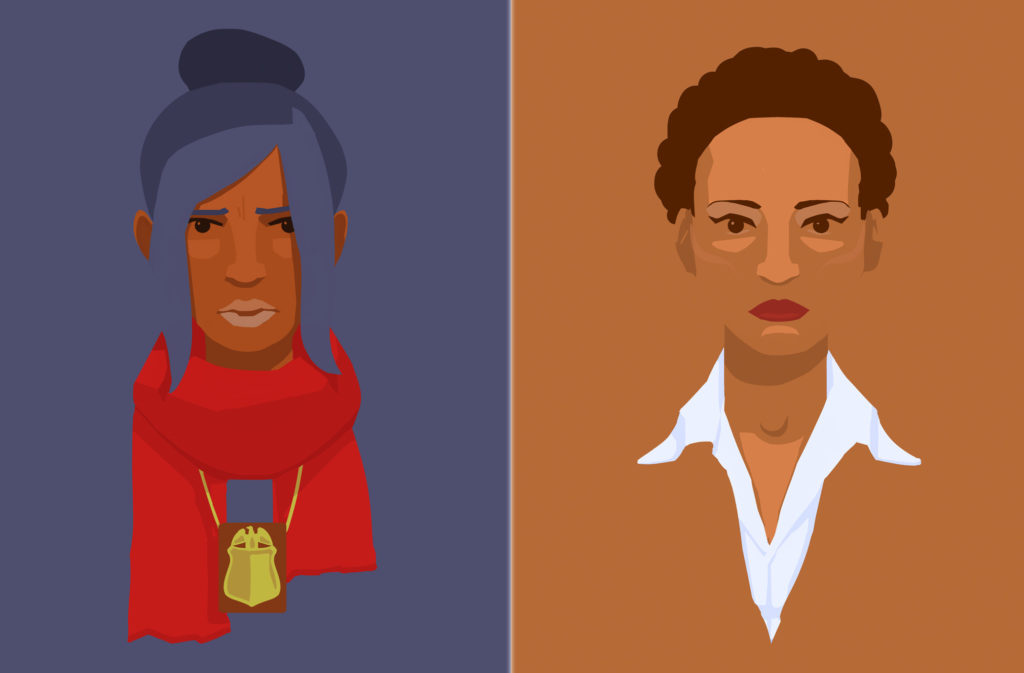 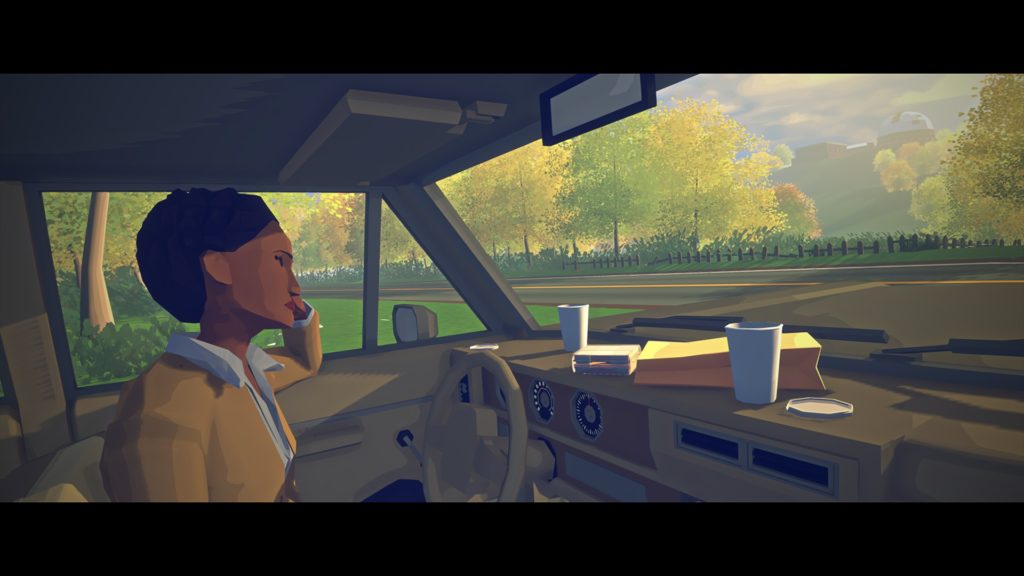 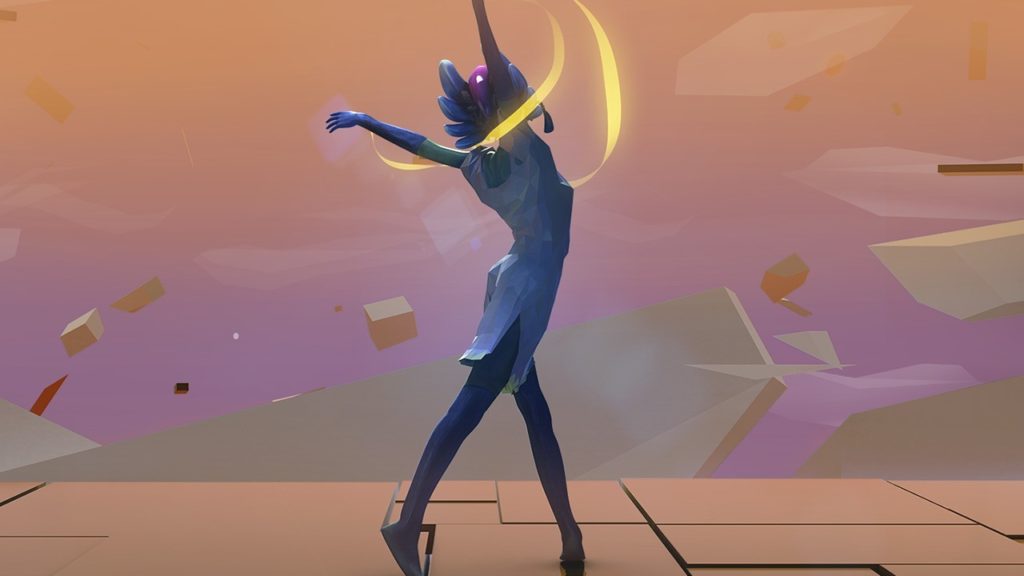 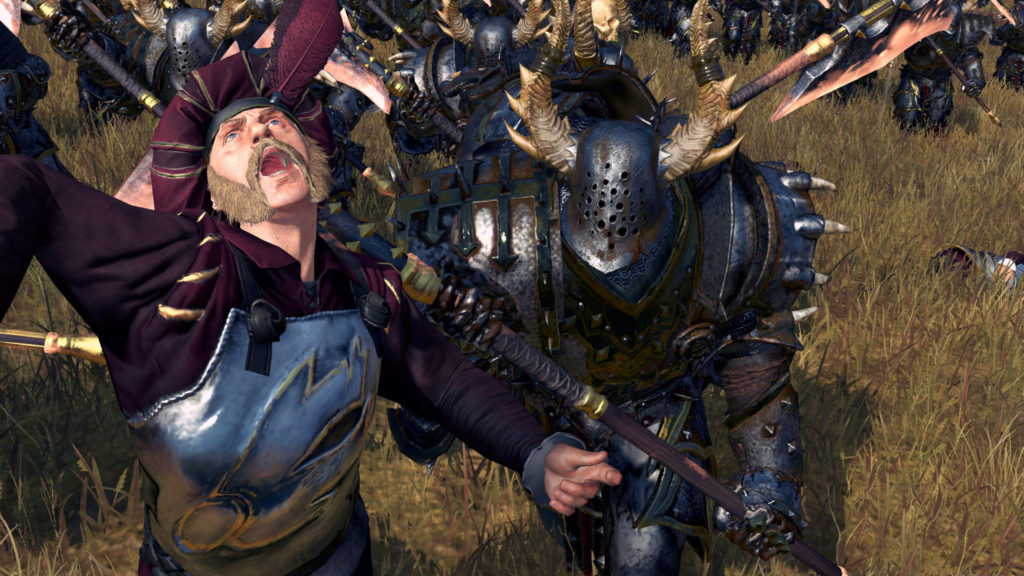 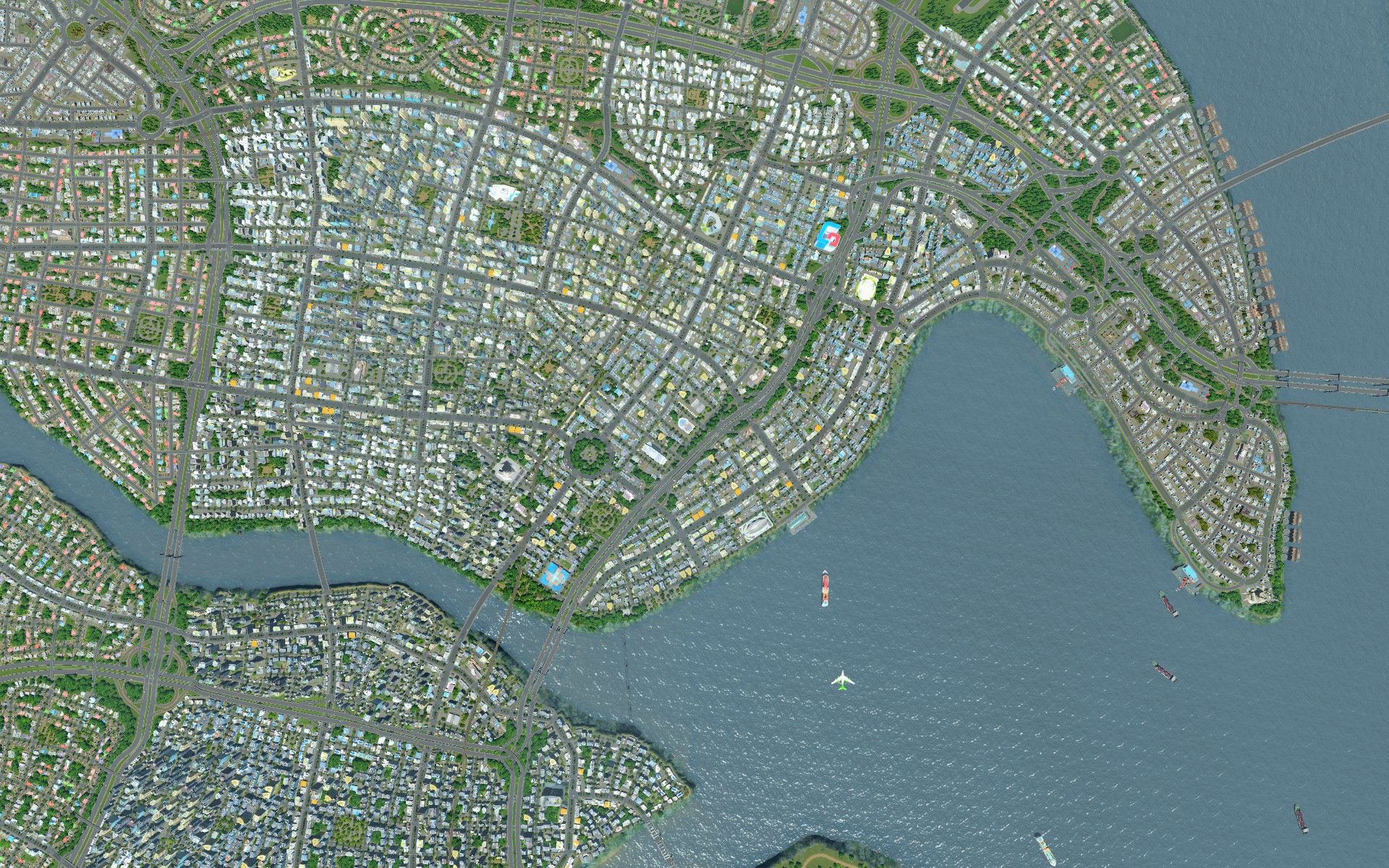 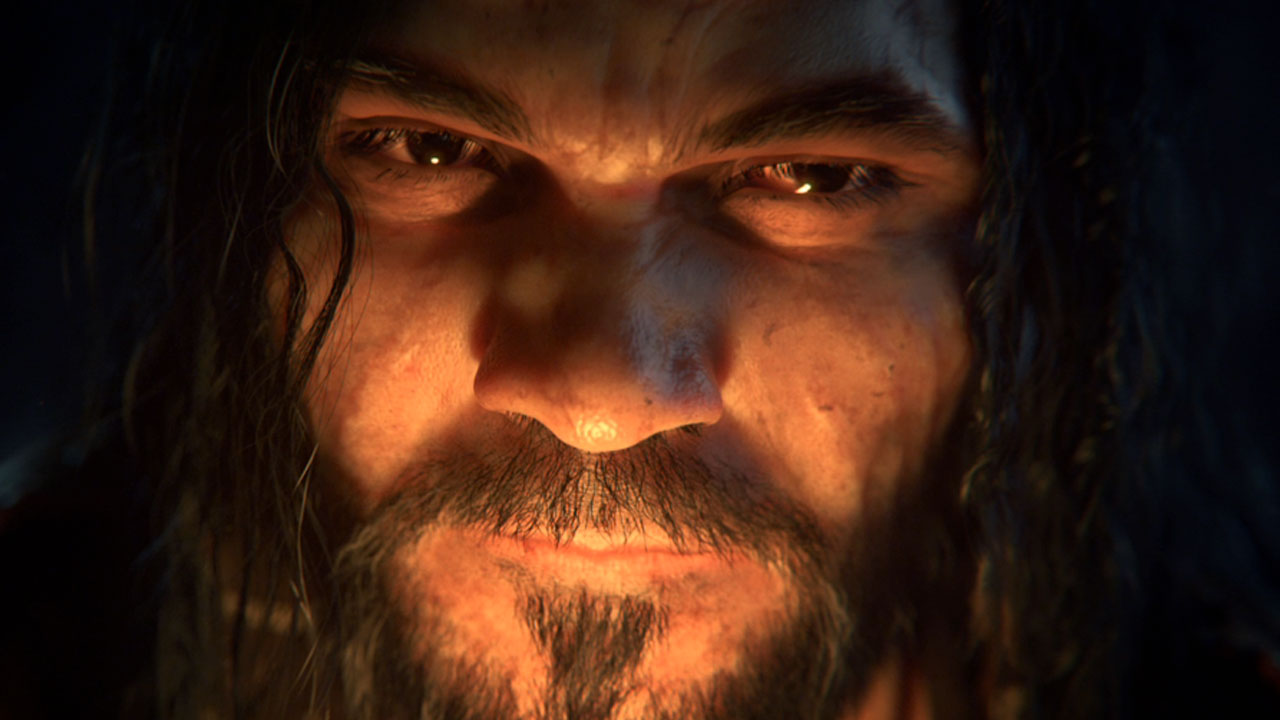 If you can speak Greek (chances are, if you’re reading this, you can) you may read my original takes on Civilization V and the first expansion Gods and Kings. I reviewed them for Game 2.0 when they came out, the good people from whoever-the-distributor-of-Take-Two-in-Greece-is being kind enough to provide me with a review copy as happens of course with almost all games I write articles for. This year though, while they did send me a preview copy, they somehow neglected to allow me to play a launch version of one of the best entries in the Civ series  -at the very least as far as expansions are concerned- and so I had to wait for a Steam Sale to come to snatch it up for 10€.

• cultural victory is now a blast! Being “peaceful” never was so fun before, artifacts, exhibitions, tourism and all;
• archaeology blew me away with its ingenuity and the feelings it gave me of being part of a real world and at the head of a truly timeless civilization;
• banning and unbanning luxuries reminded me of the 1961 Single Act on Narcotic Drugs, as far as legitimacy and complete arbitrariness is concerned. Oh the ways games can show you how the real world works…
•liberating Ethiopia from the bloody hands of Carthage and then having them vote for me for World Leader, together with the -mostly bribed- loyalty of the world’s city-states, was very satisfying;
•playing as Venice and Byzantium meant playing two different games and I loved that (I became stinking rich in both though because of trade routes, love them!);

• haven’t tried the scenarios yet, most probably never will;
• I try to install a simple alarm clock through the mod menu and you go and disable achievements? Seriously?
• feeling the urge to spend so many hours on it during a time when minutes, days and hours feel more valuable than ever;
• archaeological sites spawning in ice; what the fuck’s up with that?
• online multiplayer as clunky as always; still want to play;
• those other civs being just a tiny bit quicker than me and completing wonders a single turn before I would and doing that 4-5 times in a row; there’s only so much a hippie can take;
•AI still a bit wonky at times, marked improvement over vanilla and expansion 1 nevertheless;
• missionaries are a complete waste of time!

• playing together with Daphne for the first time. Doesn’t count as a comment on Brave New World in particular, but that they included the option for playing hotseat is commendable;
• reloading again and again as Venice to finally get the cultural victory I wanted! All bowed to my superior Venetian works of art eventually and the victory was all the sweeter after I had chosen Autocracy as my Ideology. Strength Through Joy, the achievement read;
• I was itching to try the Zulus for my hand at a Domination Victory before I started writing this and I’ve been playing Civilization on and off for most of my life; I’d do it now if I wasn’t ready to go to bed;
• becoming inspired enough to draw the final maps of my two games in my notebook (also influenced by On The Map); 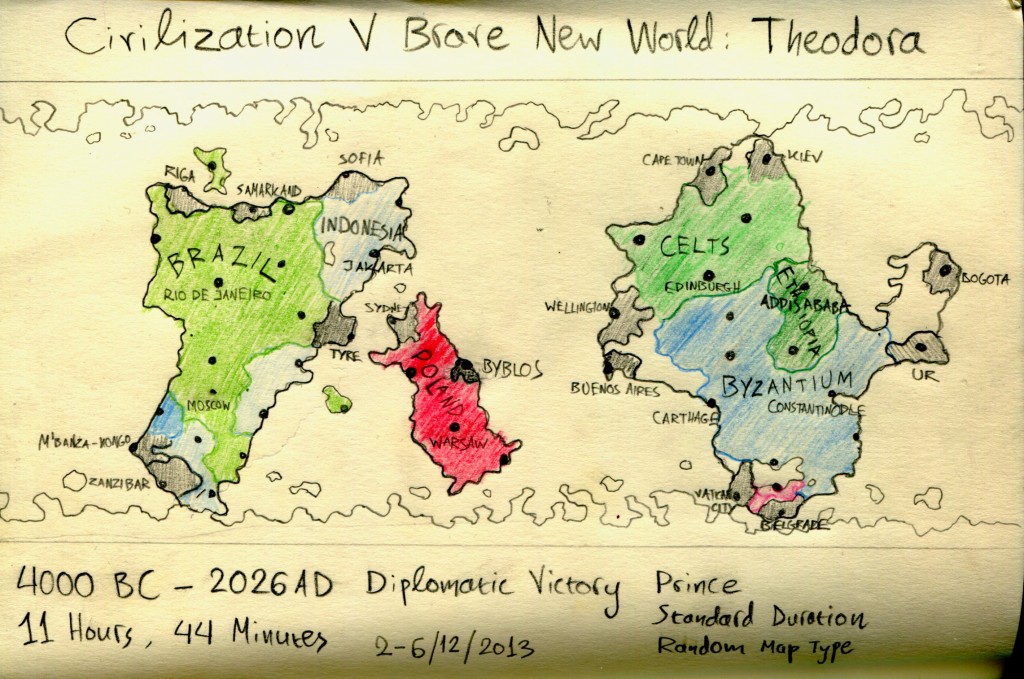 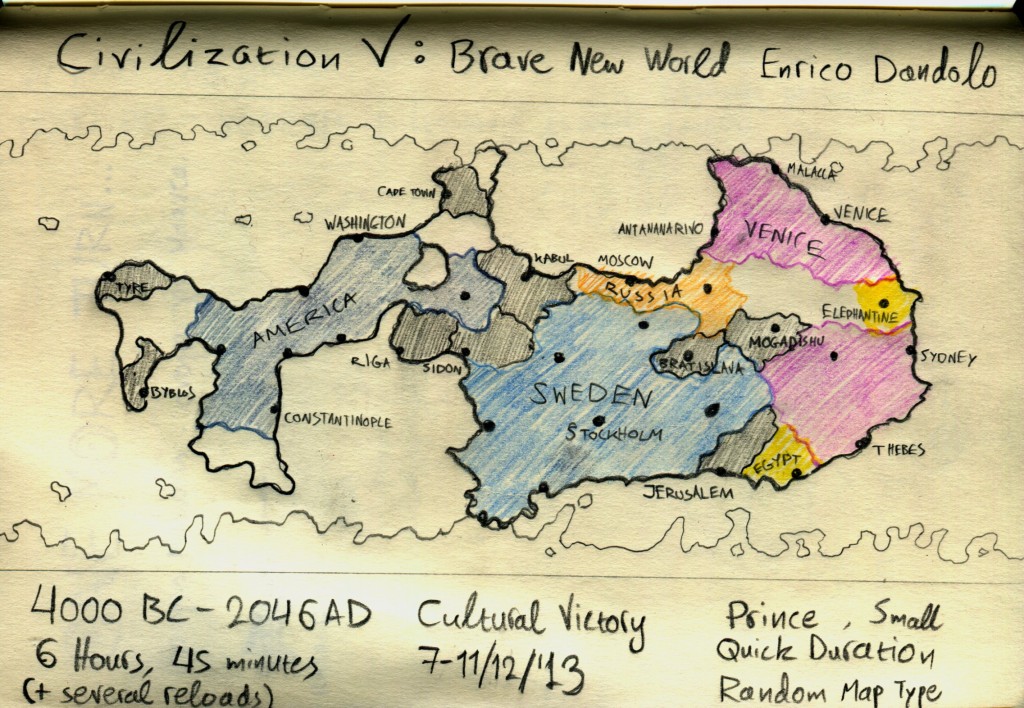 I would recommend it to everyone who:

• doesn’t think this could be their thing. Some people believe they need to know or understand history and/or strategical thinking in order to play, but it’s remarkable how many different kinds of gamers I’ve met or read about that like Civilization but don’t necessarily enjoy other strategy games;
• is looking for a way to “kill” time; just ask Daphne: when Civilization becomes a priority over even Breaking Bad, you know you’re onto something;
• likes classical music; this game has a lot of it and it’s good;
• thinks fantasising about artillery, battle plans, taking over cities and teaching those Swedes the lesson they deserve -while at the same time appearing/pretending to be working- sounds like a fun day.