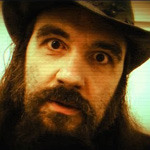 Most players won’t play to the end of your game. That’s not a tragedy — that’s a feature of video games’ design landscape. Ubisoft creative director Jason VandenBerghe explains, in this reprint from the final (June/July 2013) issue of Game Developer magazine.

Came across this article when I googled something akin to “I never finish the games I play” or “getting bored of games” only to discover, to my crowd-sourced relief, that people never finishing the games they start is actually a wider phenomenon, one which seldom gets talked about. Check out the comments.

This here thingie had been sitting inert in my browser’s tabs for months, reloading, closing, waiting. Waiting for what? Waiting for now. 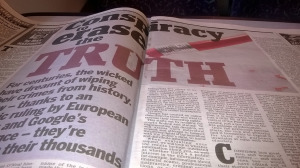 This excellent article (don’t let the title fool you—it’s not just about America) came back to mind while I was talking to some people in Samothraki just as the coup in Turkey was hitting social media and the Web. By the way, being in the army sitting on a frontier island when a neighboring country does such a thing is not a fun place to be at all.

While discussing with those guys, I mentioned that some people had been tweeting that the coup might have been an inside job orchestrated by Erdogan to eradicate his opposition. My conversation partners dismissed the possibility out of hand as a “conspiracy theory” and that was that. No more had to be said or discussed. The mere utterance of this magic couple of words is enough to settle any argument that challenges the motives and means of powerful people.

While I was writing the above sentence, I couldn’t help but smirk at myself and the accidental Liakopoulos vibe it does exude.